MESQUITE, TX, February 26, 2019 –The latest book in the Sir Pigglesworth Adventure Series™. – Book 8, Sir Pigglesworth’s Adventures in Pigeon Forge – will have kids rolling on the floor in laughter as they join him on a jolly romp through one of Tennessee’s top tourist destinations.

Dolly Parton invited Sir Pigglesworth to Pigeon Forge to participate in her show at the Dolly Parton Stampede® Dinner Show. He was super excited to be in her show and couldn’t wait to take in all the sights Pigeon Forge has to offer. He goes white-water rafting, zorbing, laughs in The Comedy Barn®, floats down a lazy river in Wild Bear Falls®, and dives into a 6-scoop banana split at the famous Mel’s Diner…yummy!

JoAnn Wagner says “You will have a ‘pigalicous’ time reading this fun book!”
Sir Pigglesworth’s Adventures in Pigeon Forge

JoAnn Wagner is the award-winning author of the Sir Pigglesworth Adventure Series™. There are 8 books in the series with more to come. JoAnn offers book readings at schools, libraries and churches, and does book signings at local bookstores and even on cruise ships! JoAnn’s books have won First Place awards for Illustrated Children’s Chapter Books in 2016, 2017 and 2018. The complete series is now also available in Spanish.

Go to www.sirpigglesworth.com where you can see the books and get copies signed by the author. There is also a 40 page coloring book FREE to download for your kids.

About Us
JoAnn Wagner is the award-winning author of the Sir Pigglesworth Adventure Series™. She was born and raised in New York but came to Texas as fast as she could! Her hobbies include writing, reading, cooking, card games, photography, family and speaking to adult groups. She lives in Mesquite, Texas with her husband, Bill. 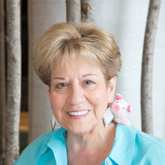